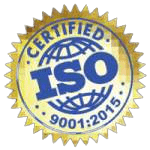 Menu
FOR CONSULTATION
Speak To Us

Home » What Is the Tattoo Removal by Laser in Indore?

What Is the Tattoo Removal by Laser in Indore? 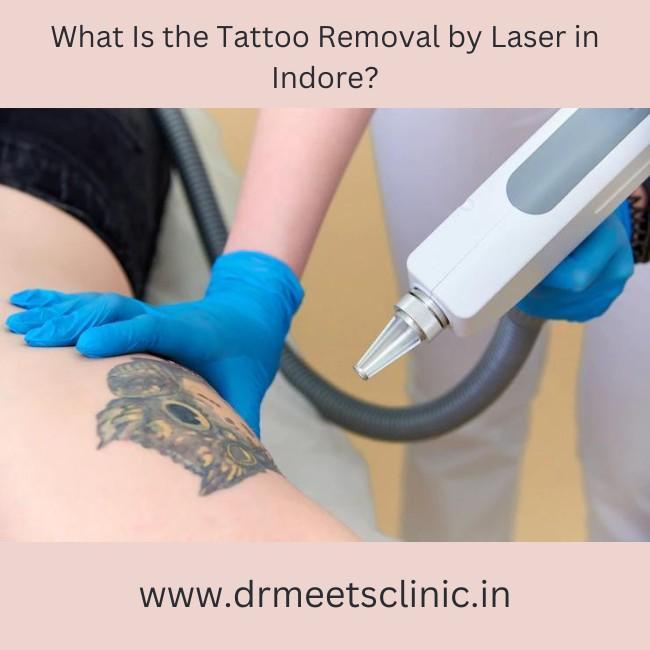 Tattoos were initially thought to be permanent, but with advancements in laser technology, they can now be removed more safely and successfully. This often requires fewer sessions and working on ink colours that were previously impossible to extract.

It might be more challenging than it seems to get a tattoo off. Risks include the possibility of infection and scarring, which can be uncomfortable. But laser surgery can be secure and efficient when performed by a dermatologist with the necessary training. If you wish to remove your tattoo, it is best to consult a dermatologist to initiate the process.

Check out the following steps to take before having your tattoo removed:

Tattoo removal by laser in Indore is the most prominent way to remove tattoos. Tattoos are made up of many tattoo ink particles floating on the skin. The typical human immune system usually clears small foreign particles from the skin. Because the particles of tattoo ink are too large to be removed by this method, they are considered permanent. The immune system may eliminate these particles when they have broken up into smaller fragments thanks to the usage of lasers.

The Tattoo removal by laser in Indore operates by directing intensely focused laser waves onto the ink particles in the skin. This heats the ink particles and causes them to break into smaller particles that the body’s immune system can remove.

The majority of patients let price play a significant role in their choice. Establishing a transparent price system that enables the provider to respond to the patient’s inquiries is desirable, and this can be regarding pricing quickly.

It’s ideal to have the consultation centre around the treatment’s value rather than how much it costs.

Some patients may experience price shock since, on average, removing a tattoo costs around ten times as much as getting one done. Hence researching the prices beforehand is crucial to ensure that the amount is within their desired budget.

Can a laser altogether remove lasers?

It’s relatively possible that the tattoo might not be entirely gone. Some tattoo dye hues resist laser removal, and some pigment is buried too deep for existing lasers to penetrate. Some colors maybe easy to be removed than others. Because they are excellent at absorbing light, blue/black tattoos react to laser therapy exceptionally effectively. Other colours’ reactions are yet to be researched by dermatologists.

How to Prepare for Laser Treatments?

Consult a dermatologist if tattoo removal is something you’re thinking about. They can assist you in picking the tattoo removal approach that will most likely remove your tattoo successfully by outlining your possibilities.

For instance, certain tattoo inks respond to laser therapy differently than others. Similar to little tattoos, some may be too large to remove surgically, while others may be suitable candidates.

Book an appointment
with an expert 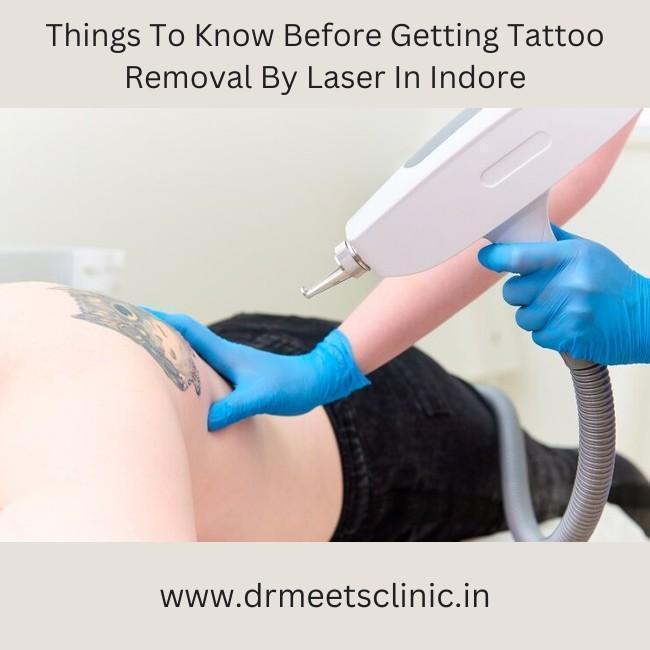 Things To Know Before Getting Tattoo Removal By Laser In Indore

Are you planning for tattoo removal by 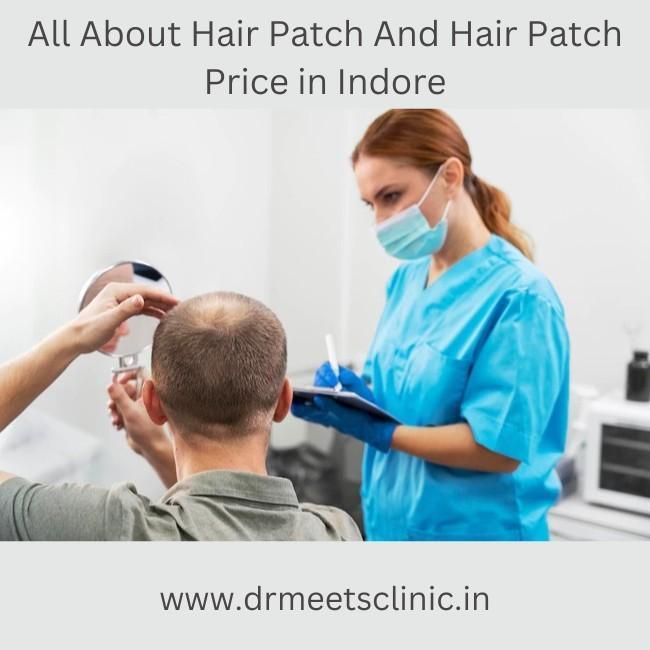 Hair loss is a rising concern all 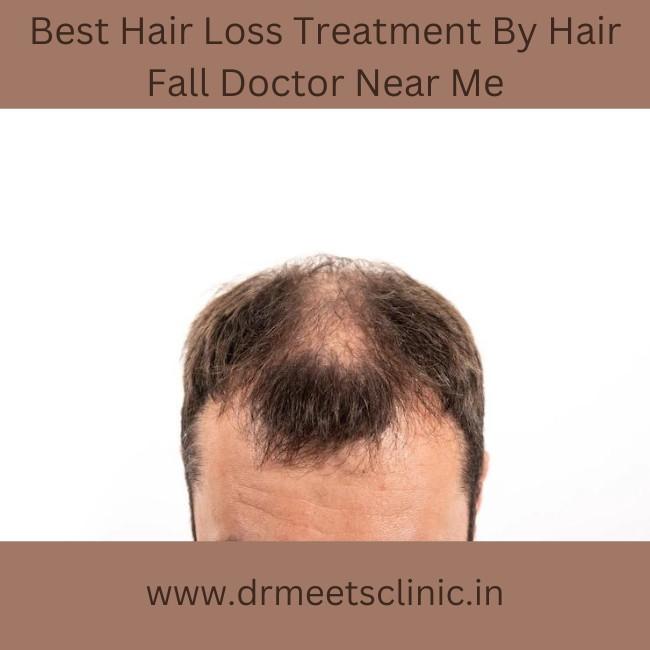 Best Hair Loss Treatment By Hair Fall Doctor Near Me

Are you someone who is experiencing hair 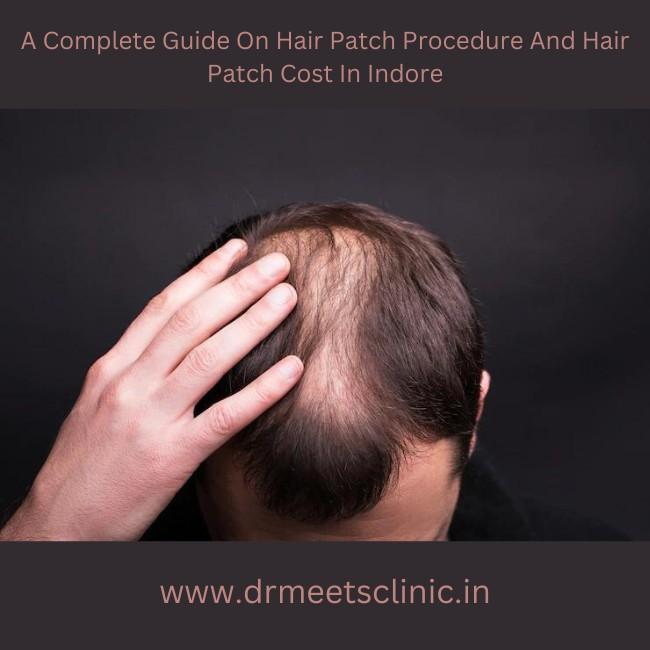 Is the hair patch procedure for you? 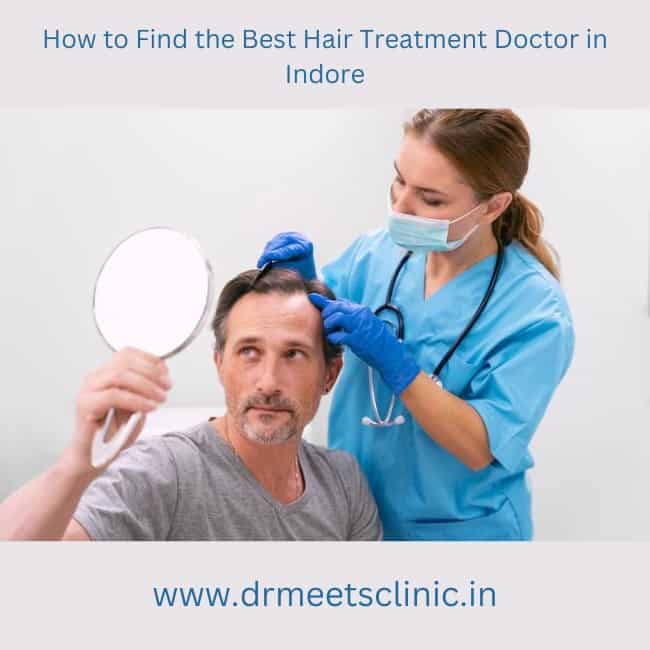 How to Find the Best Hair Treatment Doctor in Indore

The most excellent technique to handle your 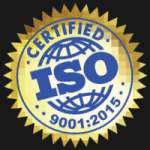 TALK TO AN EXPERT

Experiencing hair loss take a hair evaluation test now to understand the severity of your problem.

The Skin evaluation test will assess the current state of your problem and tell you about your scope of improvement with Homeopathy treatment.

The Vitiligo evaluation test will assess the current state of your problem and tell you about your
scope of improvement with Homeopathy treatment.

The Eczema evaluation test will assess the current state of your problem and tell you about your scope of improvement with Homeopathy treatment.